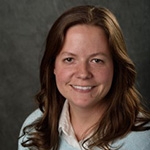 Neural prostheses are microelectrode arrays that record or stimulate the electrical activity of nearby neurons following implantation in the brain. In a lab setting, these devices are used to understand the role of neural activity in a variety of neuroscience research applications. In the clinic, they can be used to restore sensory and motor function for patients suffering from the debilitating effects of neurological injury and disease. For either application, stable, sustained electrical communication between the implanted electrode surface and a large sample of local neurons is desired. However, poor integration of the device with the surrounding neural tissue remains a significant unsolved problem that limits the long-term function of neural prostheses.

Our research goals are to characterize the integration of implanted electrodes with the neural tissue they record or stimulate and develop approaches to improve the long-term fidelity and patency of the interface. Our approaches include a combination of regenerative scaffolding, genetic engineering, histology and electrophysiology. Current projects include: (1) characterizing and modulating the intrinsic biophysical properties of neurons at the implanted electrode interface over time, and (2) developing optical approaches to alter neuronal connectivity and gene expression within interfaced neural networks. Using such approaches, it may be possible to tune the response properties and prescribe the network architecture of neurons at the neural prosthesis interface, improving the function of both recording and stimulating devices.