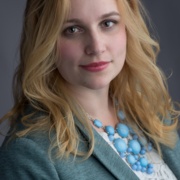 The long-term goal of the Knickmeyer lab is to develop therapeutic interventions which could normalize adverse neurodevelopmental trajectories in infancy and early childhood, thereby preventing the onset of psychiatric disorders or reducing their severity. Our immediate goal is to identify genes and molecular pathways associated with altered brain development in infancy and early childhood through the integration of pediatric neuroimaging with cutting-edge techniques in genomics, metagenomics, and analytical chemistry.

Major areas of research in the lab include: